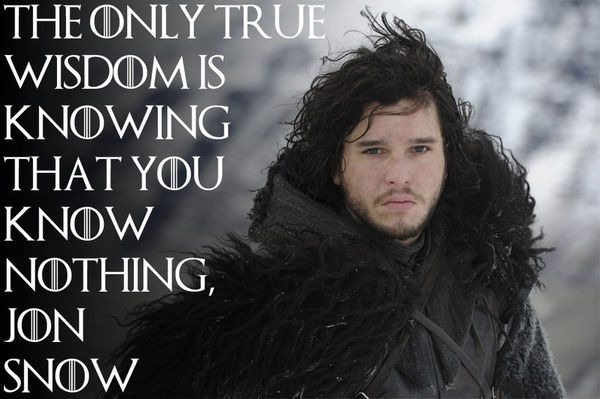 A proverb is a short, succinct statement that indicates a universal truth and is usually offered as a form of advice. Examples of proverbs are inspiring messages such as "good things come to those who wait" or "do unto others as you would have them do to you."

These traditional English proverbs are tweaked to better apply to the cutthroat Game of Thrones universe. Case in point: one proverb reads, "Do unto others are you would never, ever have them do to you." Another reads, "If at first you don't succeed, seduce your dead husband's teenage brother." Another wisely says, "Do not put off until tomorrow what can be done today because you'll probably be dead." While most of these are specific to the show, that doesn't mean they aren't wise words to heed.