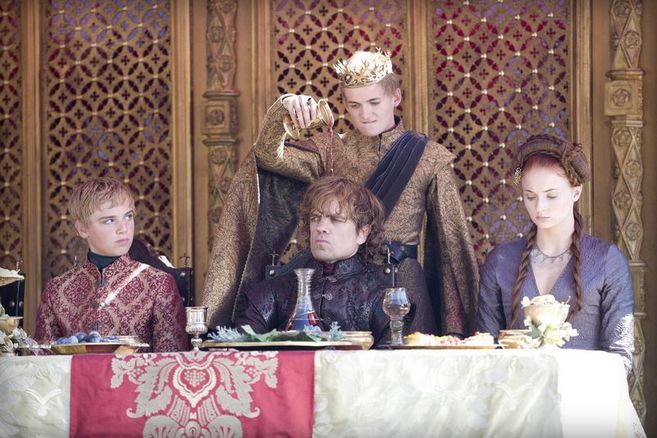 Meghan Young — February 4, 2015 — Lifestyle
References: hbo & theverge
The fourth season of arguably the most beloved HBO shows is coming out on Blu-ray and the network is celebrating with a one-of-a-kind Game of Thrones pop-up in London, England. It is also set return to the silver screen on April 12, 2015. So the publicity stunt will help promote its premier in a deliciously interactive way.

Taking on the form of a restaurant, the Game of Thrones pop-up will serve an epic feast worthy of kings and queens in a 3-day event. Described as a "private, clandestine meeting of the Small Council in King's Landing," each banquet will feature five courses of such dishes as "The Lies of Tyrion Lanninster and his Proclaimed Innocence" and "Poached Veal Tongue with Beetroot, Horseradish and Oldtown Mustard."
4.8
Score
Popularity
Activity
Freshness

Throne-Themed Gingerbread
As Far As Awesome Gingerbread House Ideas Go, This One is King
play_circle_filled