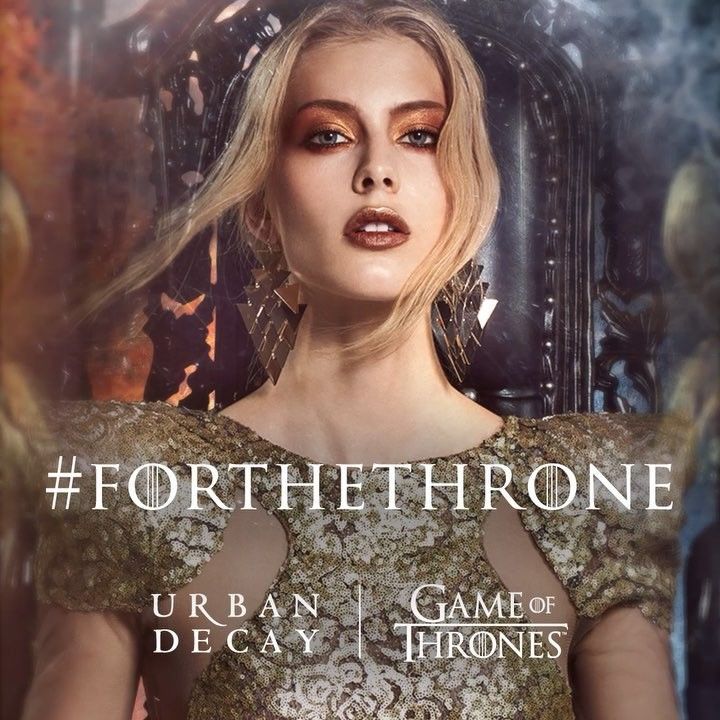 Laura McQuarrie — February 23, 2019 — Pop Culture
References: urbandecay & instagram
Share on Facebook Share on Twitter Share on LinkedIn Share on Pinterest
In partnership with HBO, Urban Decay is preparing to launch a Game of Thrones makeup collection that highlights some of the cosmetic brand's favorite places in Westeros and the strong female characters of the Seven Kingdoms. As well as being able to look forward to the return of the newest—and final—season of Game of Thrones in April, fans will be treated to this release the same month.

So far, details on the fantasy makeup collection are sparse, yet Urban Decay has shared a #ForTheThrone hashtag, along with graphics that include visuals of fire and ice, as well as makeup looks with coppery metallic finishes and angular, icy blue eyeshadow. As there is plenty of inspiration to be gleaned from the world of Game of Thrones, the makeup collection is sure to delight fans who are looking for unique merchandise from the franchise.
2.7
Score
Popularity
Activity
Freshness
View Innovation Webinars