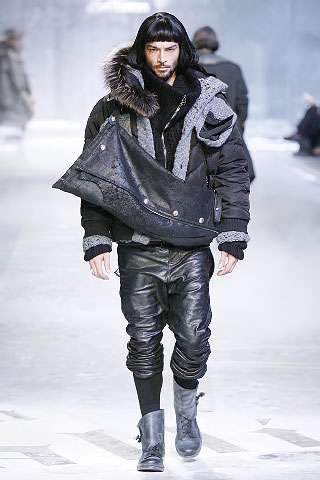 Christian Dior On Trial For Plagiarism

The European design legend used replicas of a renowned U.S. photographer's â€œatmosphericâ€ images in his latest ad campaign without acting the artist's permission.

Klein who resides in France, is â€œinsulted and furiousâ€ that Galliano used his images in ads that ran in several fashion magazines and were â€œgross plagiary.â€

The prints were replicas of his signature half-painted photos of street scenes. The artist has gained notoriety for his technique of using coloured enamels to highlight parts of photographs. One of these collections was recently featured at an exhibit at the Pompidou Centre in Paris where it did very well.

When a friend of Klein's saw Dior's ads in a fashion magazine and asked why he gave Galliano permission to use his work, the artist was outraged. That was the first time he'd heard of the campaign.

Galliano is fighting the case and hopes to have the fine reduced. His lawyer, Michel-Paul Escaped, says, â€œJohn Galliano's advertising campaign did not reproduce any original image of the artist, it can't therefore be accused of be counterfeiting.â€