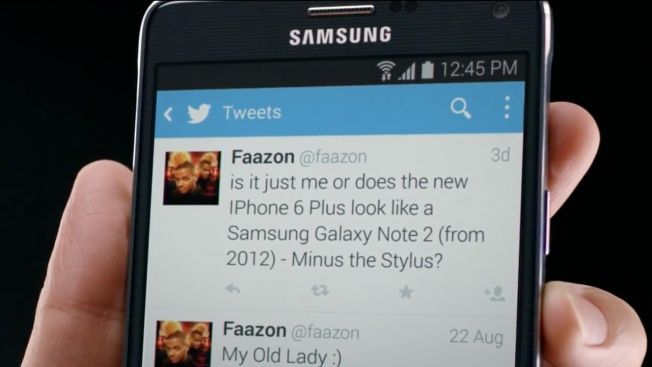 Between the Galaxy vs iPhone 6, Samsung Shows Who Came First

Laura McQuarrie — September 19, 2014 — Tech
References: facebook & adweek
Share on Facebook Share on Twitter Share on LinkedIn Share on Pinterest
Since Apple released two new phones with larger screens, there has been a lot of comparison between the Samsung Galaxy vs the iPhone 6 Plus. In this Samsung commercial, the brand addresses the similarities between the two smartphones, noting that when it introduced the Galaxy Note 4 way back in 2011, it was met with criticism for having such a large display. Now, Samsung triumphantly notes: "Naturally, when things are new and different, sometimes people aren't ready for them."

This commercial makes use of tweets from Twitter users, showing their own responses from the unveiling of the iPhone 6 Plus. Because Samsung has gotten into trouble in the past with Apple, this is a clever way to communicate that the Galaxy Note was way ahead of its time with its big screen.
3.7
Score
Popularity
Activity
Freshness
Get Trend Hunter Dashboard