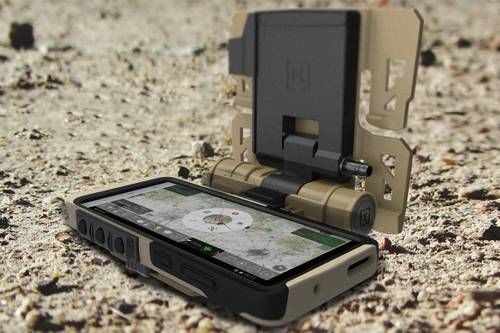 Samsung Created a Galaxy S20 Made for the Us Military

Daniel Johnson — May 22, 2020 — Tech
References: samsung & hypebeast
Samsung recently revealed its new Galaxy S20 with properties that make it an ideal device for military purposes. The new Tactical Galaxy S20 will be exclusively available to individuals in the United States military or federal government. However Samsung has not indicated da release date, however, it is expected to be released in the third quarter of the financial year.

The Tactical Galaxy S20 will feature two layers of encryption, to ensure data is protected. It will also feature multiple communication methods, including tactical radios. Samsung also built the device to be combat-ready, with features like a night vision display, and a Stealth Mode, where LTE and RF are turned off. The device will be powered by aa Snapdragon 865 processer and has 12GB of RAM.