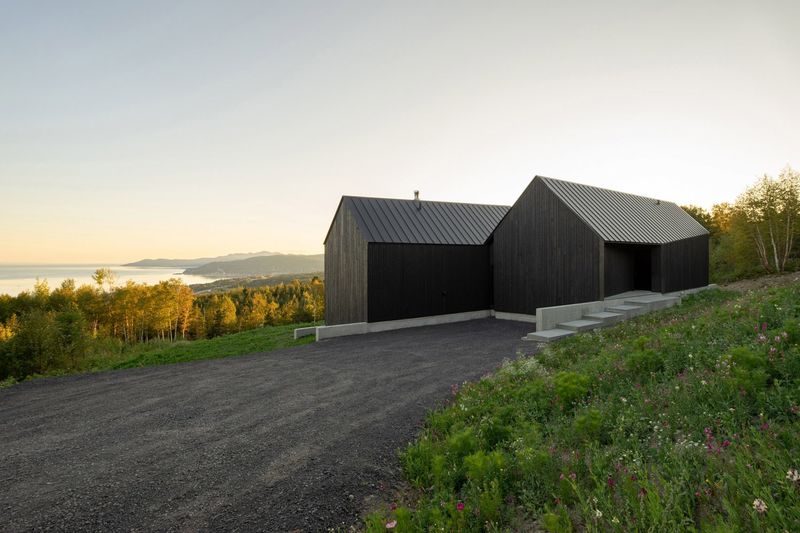 Kalina Nedelcheva — November 22, 2018 — Art & Design
References: alaincarle & dezeen
Share on Facebook Share on Twitter Share on LinkedIn Share on Pinterest
Montreal-based studio Alain Carle Architecte's exquisite gable-roofed houses are sure to capture attention by way of their dominating presence and interesting structures. Dubbed 'Les Rorquals,' the dwelling is meant to be a calming single-family retreat but its outward appearance may seem puzzling. Attempting to create "interior landscapes," Alain Carle Architecte causes the two volumes to intersect, adding an element that is consecutively described as "abstract and intriguing."

The gable-roofed houses boast a charred exterior that definitely adds a contemporary element to their construction. However, the architects intentionally stayed away from an overt modernist expression as they wanted to make the home "closer to the earth than to the sky." Hence, Les Rorquals boasts a homey, rustic interior that features an irregularly set layout.