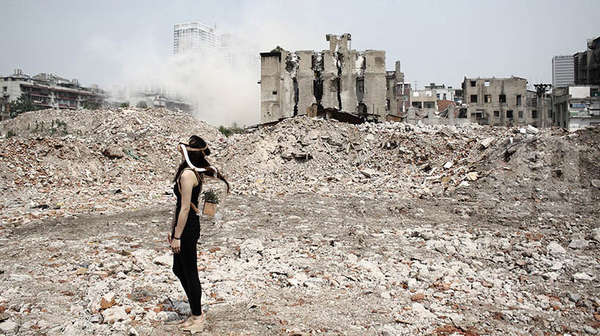 Chiu chih has realized that a lack of breathable air may be the first problem we face if the apocalypse ever were to happen. Plants are the main source of oxygen production and they also minimize carbon dioxide.

Chiu chih has created a backpack that has a plant in it. There is also a breathing apparatus that is attached to the backpack, which allows you to breathe in the fresh oxygen.

Although this futuristic survival kit may seem a bit extreme for right now, it also has current practical applications. If someone had difficulties breathing, they may be able to use this in order to be able to breathe more freely.