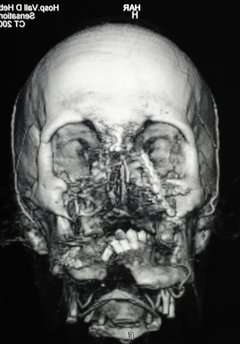 The surgery is the 11th known face transplant worldwide and is the first full-face transplant in which doctors lifted an entire face, including jaw, nose, cheekbones, muscles, teeth and eyelids from a donor. The donor face was then attached like a mask to give the farmer a new face according to Dr. Joan Pere Barret who was part of the team at Barcelona’s Vall d’Hebron Hospital that performed the historic surgery.

However, the claim of a full-face transplant is being disputed by Dr. Maria Siemionow, who was the first doctor to perform a face transplant in the United States.
3.6
Score
Popularity
Activity
Freshness
View Innovation Webinars