Freaks From the Sea 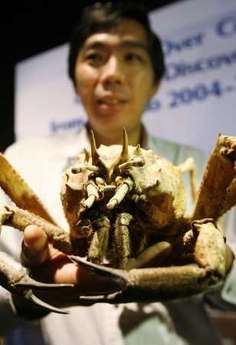 Implications - Philippe Bouchet of the French National Museum of Natural History located in Paris is very excited about these discoveries. He says that, "numerous species were observed and photographed alive, many for the first time, and it is estimated that between 150 and 250 of the crustaceans and 1,500 to 2,500 of the mollusks are new species." He admitted that the work to find all of these creatures is very time-consuming, but it's worth it for the sake of science.
2.3
Score
Popularity
Activity
Freshness
Access Advisory Services