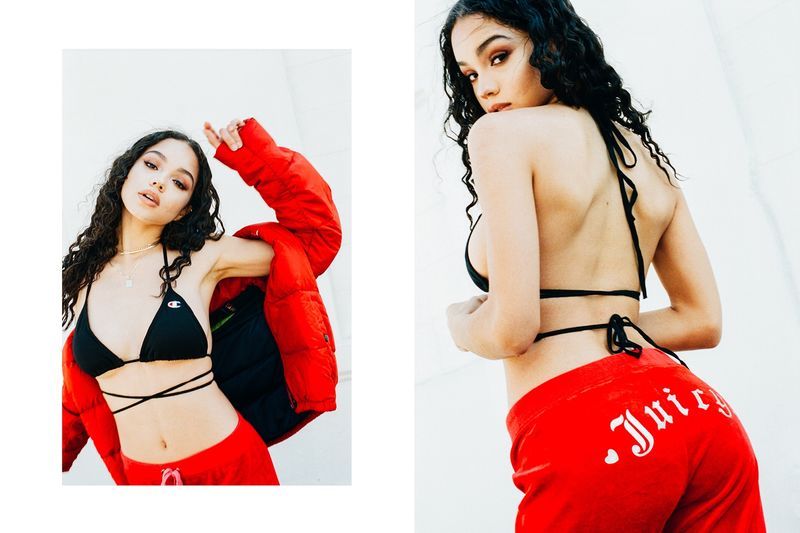 Frankie Collective Launched a New Lookbook in Time for Spring

A variety of designers are featured in the Frankie Collective editorial, however some of the most prominently highlighted pieces come from Champion, adidas, and Juicy Couture -- with the latter's collaborative line with Urban Outfitters adding some unique textural elements due to its use of velour. In addition to the different athletic pieces, a number of swimwear tops are highlighted in the shots, as well an adidas wet suit.