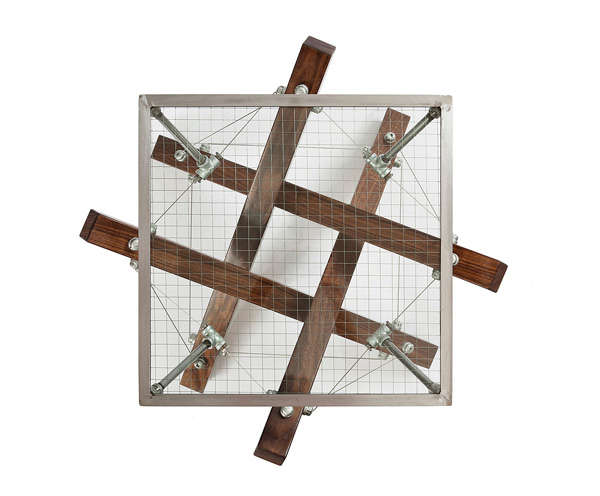 The Fourth Dimension Table by Axel Yberg is Inspired by Spacetime

Meghan Young — August 1, 2013 — Art & Design
References: akkefunctionalart & trendsnow.net
The Fourth Dimension Table is a complicated piece of furniture inspired by the theory of the same name put forth by none-other-than iconic theoretical physicist Albert Einstein. The design is essentially a physical representation of the concept of spacetime, which is the unification of time and space as a four-dimensional continuum, as stated on Wikipedia.

Designed by Axel Yberg of Akke Functional Art, a designer based in New York City, the Fourth Dimension Table looks like something that would have been built in the medieval times. The table is boasts a glass top, a wooden base and four reinforced brackets represent the continuum of spacetime as well as four vectors. The overall result is quiet poetic and mesmerizing.
4.2
Score
Popularity
Activity
Freshness