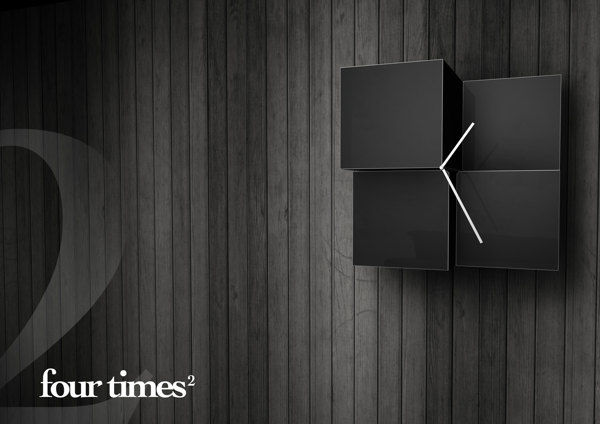 The Four Times2 Timepiece Embodies the Most Perfect of Proportions

Amelia Roblin — September 26, 2013 — Art & Design
References: vincentsall & behance.net
Those without an eye for design might wonder why Vincent Säll chose to make the face of his Four Times2 Clock with a handful of sections in different sizes, and furthermore, why he chose to assemble them with varying depths. Well, the inspiration for these disparate quadrants comes from nature's own perfect ratio, known as the Golden Section.

The chronometer takes an asymmetrical shape, thanks to the influence of an invisible spiral that gradually decreases the dimensions of the squares. To exaggerate the effect even more, the designer opted to draw each piece away from the wall so that the largest one protrudes more than the others. As a result, the black Four Times2 Clock looks unusually more interesting from the side than when viewed from the front.
3
Score
Popularity
Activity
Freshness