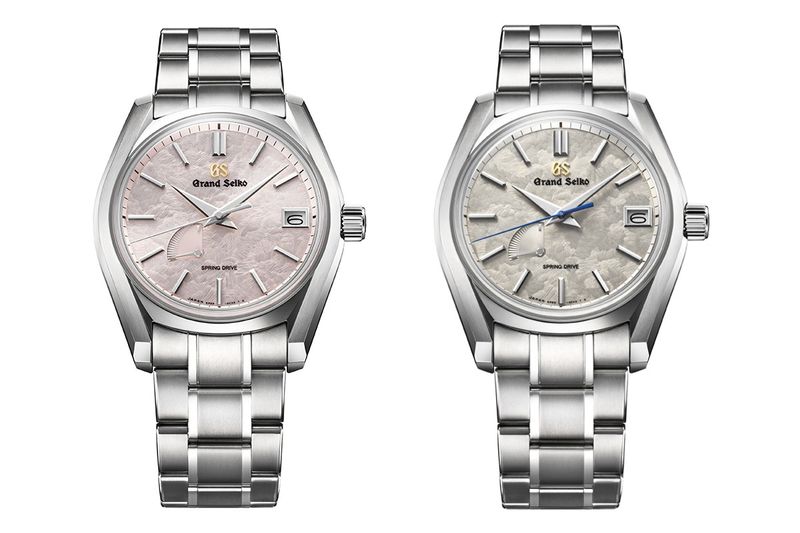 Daniel Johnson — September 20, 2019 — Fashion
References: grand-seiko & hypebeast
Grand Seiko has created a new Special Edition Four Seasons Collection, which takes inspiration from the seasons in Japanese culture. In Japanese culture, each of the four seasons is split into six different seasons based on the lunar calendar. Watches in Grand Seiko’s Special Edition Four Seasons collection will be released in October and will have a price point of $6,000.

Both of the Winter and Spring versions of the watch have a face that combines silver and white colors with pink. This design is meant to reflect the snow in the winter, and the spring that follows. The Summer and Fall watches feature green and blue faces, with colors symbolizing the green aspects of summer, which are proceeded by a cold fall season.