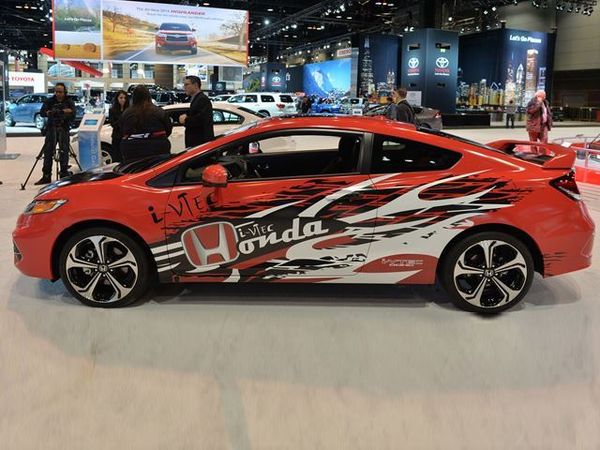 The Honda Forza Civic Si Was Designed for Virtual Racers

Michael Hines — February 10, 2014 — Autos
References: honda & carbuzz
Gamers played a huge part in the design of the newest concept Honda, the Forza Civic Si. The Japanese automaker let fans of the game "Forza Motorsport 5" submit original entries into a design contest and then vote on which one was best. A total of 170 cars were entered in the contest and 17,000 fans voted this fiery red coupe to the top.

Tiffany Labedz of Phoenix designed the winning ride, which is based off of the Honda Civic Si. The company was mum with regard to any performance modifications, although you would expect this design to get a boost under the hood in addition to its exterior modifications. The Forza Civic Si, along with many others, will be downloadable in an upcoming car pack set to be released for the Xbox One's "Forza Motorsport 5."
2.2
Score
Popularity
Activity
Freshness