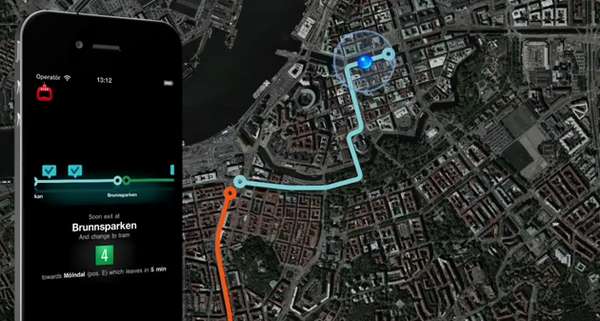 The Tram Sightseeing App by Forsman & Bodenfors is an Integrated TourismSolution

Tourists using the 'Tram Sightseeing' app are given a ton of information, all customized to what they want to see, where they are, and where they want to end up. The app not only tells users when and where the tram is leaving, but also when to switch trams to continue their tours. With all of the historical or otherwise notable buildings previously Geotagged, a voice gives a brief overview of each building as it's passed. Informative, reliable, and much cheaper than a traditional bus tour, this is an amazing way to more deeply integrate tourism into the public transit sector.

Hired by 'Vasttrafik,' the Swedish public transportation agency, Forsman & Bodenfors is an agency clearly capable of implementing smart solutions. Consistent with the wants and needs of customers, this is likely the first of many public transit tour apps to come.
3.3
Score
Popularity
Activity
Freshness
Jeremy Gutsche Keynote Speaker