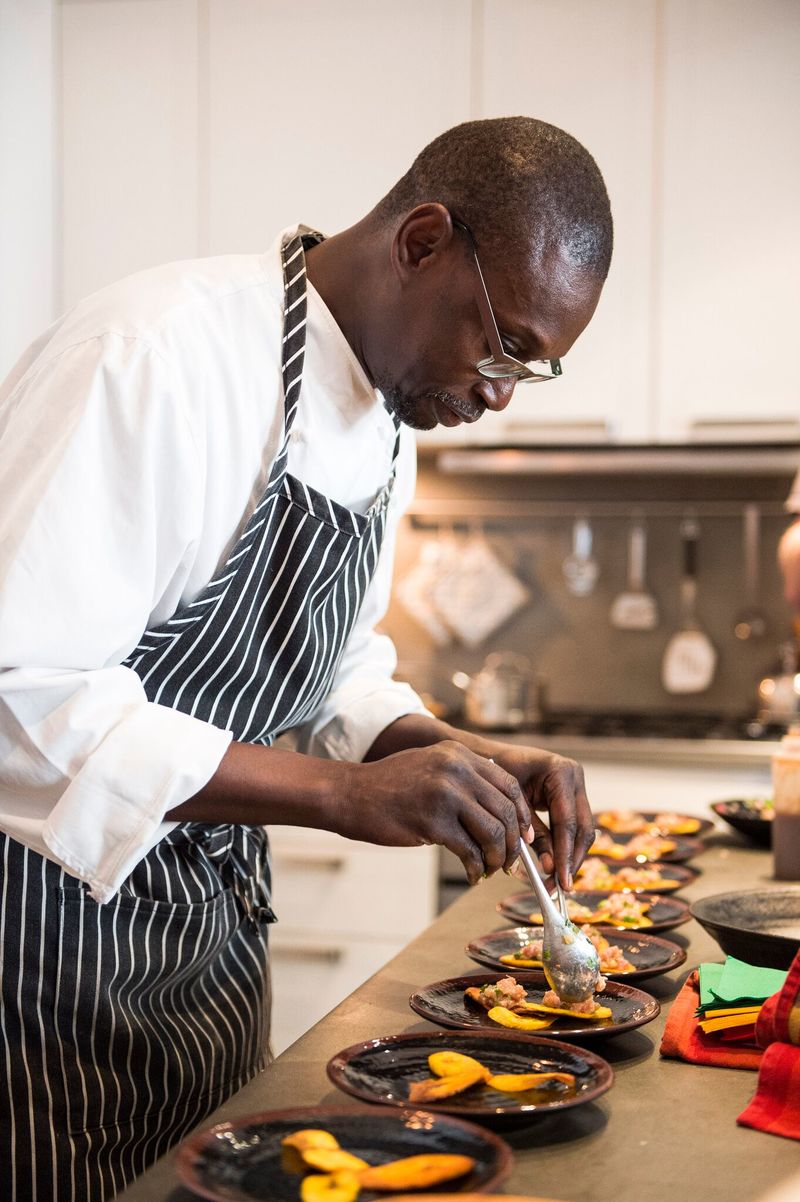 Kalina Nedelcheva — July 9, 2019 — Lifestyle
References: foodandwine & pierrethiam
Share on Facebook Share on Twitter Share on LinkedIn Share on Pinterest
The fonio grain is an ancient ingredient that is relatively unknown globally. Readily available "in the southern edge of the Sahel of sub-Saharan Africa," it is rich in protein, fiber, and iron, as well as gluten-free. The fonio grain is being introduced to the rest of the world through Chef Pierre Thiam who embraces multiple culinary projects, including a catering service, a newly opened restaurant in Harlem's Africa Center named 'Teranga,' and even a TED talk with over one million views about the aforementioned ingredient. Thus, the professional brings culinary knowledge and authentic food to the western world.

Moreover, Pierre Thiam expands on the fonio grain and native West African Cuisine through private or group cooking classes, as well as travel and tours where individuals can "join Pierre on his next culinary journey."
2.4
Score
Popularity
Activity
Freshness
Access Advisory Services