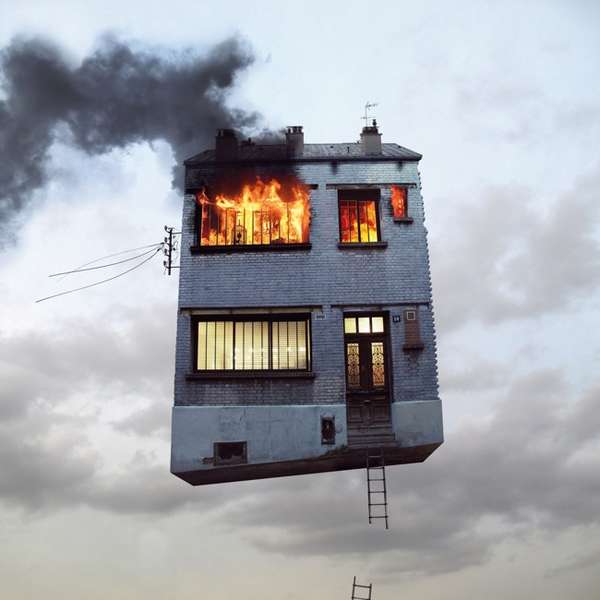 Meghan Young — June 5, 2012 — Fashion
References: laurentchehere & mymodernmet
Share on Facebook Share on Twitter Share on LinkedIn Share on Pinterest
The Flying Houses series may revolve around the impossible, but it is this flight of fancy that will reel people in. Much like the animated film 'Up,' this photography project appeals to people's imagination in a very emotional and personal way. Centered around hovering suburban homes and apartments, the Flying Houses series encourages people to indulge in the 'what ifs' of their own seemingly ordinary lives.

Shot by France-based photographer Laurent Chehere, the Flying Houses series separates these specific structures from their defining neighborhoods. Although much can be told about the style and state of each abode, by placing them in the clouds, people can appreciate them in a different light. According to My Modern Met, the Flying House series is a metaphor for traveling.
6
Score
Popularity
Activity
Freshness
Attend Future Festival