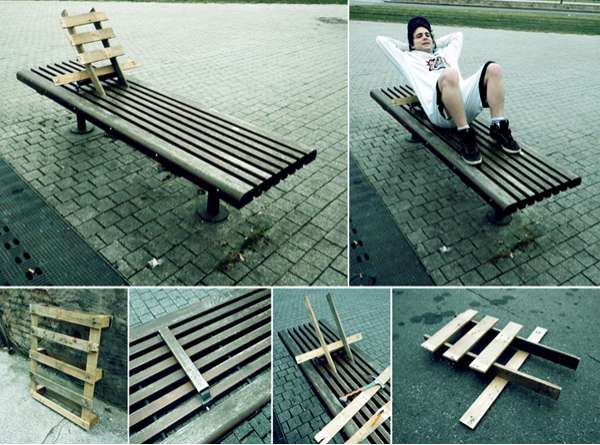 Meghan Young — April 6, 2012 — Unique
References: florianriviere.fr & psfk
Share on Facebook Share on Twitter Share on LinkedIn Share on Pinterest
A self-proclaimed "urban hacktivist," Florian Riviere tweaks public spaces in clever and hilarious ways. Through his tweaks, Florian Riviere encourages interactivity with everyday surroundings. For instance, a hose wrapped around a lamppost with a pylon attached to the end has become a working megaphone, while a bike lock encircled around a signpost converts it into an impromptu basketball net.

Based in Strasbourg, France, Florian Riviere was inspired by the hacker culture when creating his spontaneous and raw installations. Through his creative creations, he in turn inspires people to think outside of the box and look at their environment in new and exciting ways. Like children, Florian Riviere sees the possibilities in even the most mundane of things. Think of what he could do with a cardboard box.