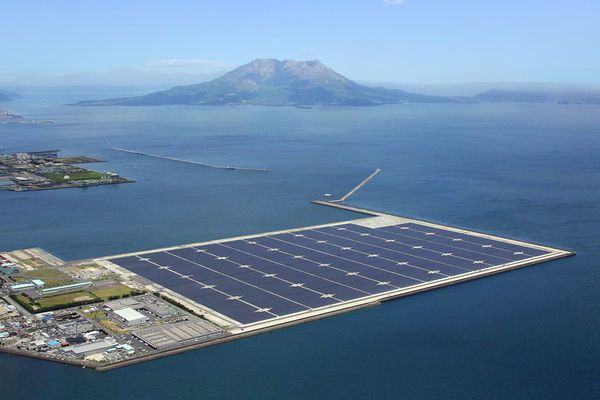 This Japanese Power Plant is Made Up of Floating Solar Panels

Alyson Wyers — November 18, 2013 — Eco
References: youtu.be & designboom
Share on Facebook Share on Twitter Share on LinkedIn Share on Pinterest
Japanese electronics manufacturer Kyocera designed and created these floating solar panels for Japan's Kagoshima prefecture. The inspiration for this megawatt plant came after the disastrous aftermath of the 2011 earthquake and tsunami where several areas were affected by nuclear accidents and resulting radiation. Since this devastation, Japan has been very open to alternative clean energy sources, such as solar power.

A new government program requires local utilities to purchase all of the solar-generated power of more than 10 kilowatts for a 20 year period to promote the use of renewable energy.