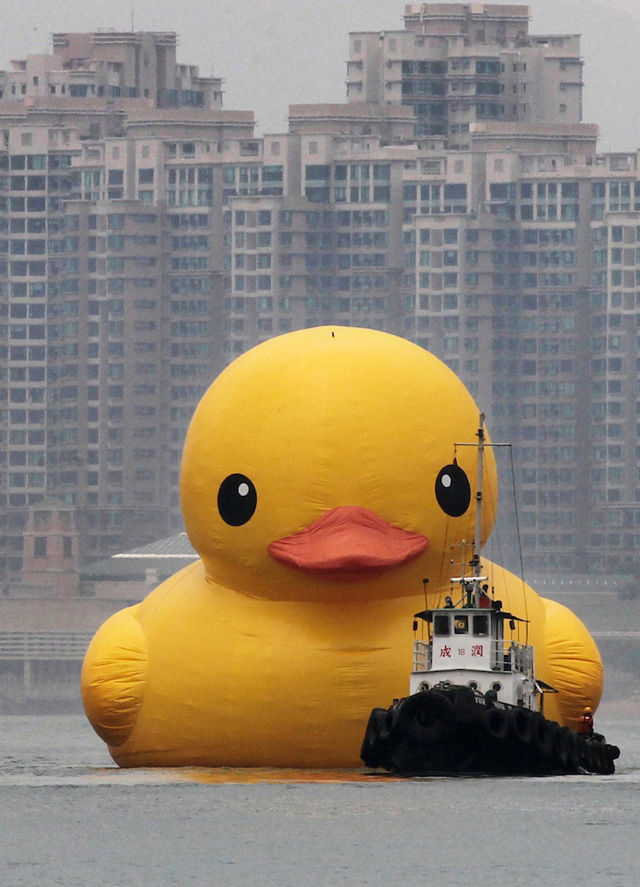 This Giant Rubber Duck Continues its Travels Around the World

Jen Chae — May 6, 2013 — World
References: florentijnhofman.nl
A bright yellow rubber duck—this one being 16 meters in height—is probably the last thing you would expect to see floating among the colorless ships and fishing boats of Hong Kong’s Victoria Harbor. Yet the friendly inflatable creation 'Rubber Duck' by Dutch Artist Florentijn Hofman delivered smiles and much attention to the industrial city with its special appearance.

The duck acts not only as comic relief in a fast-paced city, but also brings to attention the industrial tension; the soft, friendly duck radically contrasts its surroundings.

“The rubber duck knows no frontiers, it doesn't discriminate people and doesn't have a political connotation,” states Hofman’s website. “The friendly, floating Rubber Duck has healing properties: it can relieve mondial tensions as well as define them.”

Hofman and his rubber duck have been dipping toes in several countries around the world; Asia being their latest destination.
4.1
Score
Popularity
Activity
Freshness