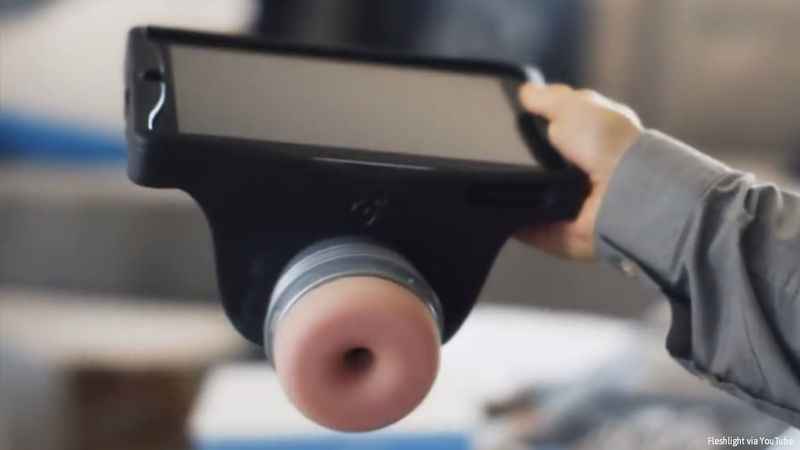 The Fleshlight LaunchPAD Makes Visuals Important Part of the Experience

Meghan Young — July 3, 2014 — Naughty
References: fleshlight & huffingtonpost
Share on Facebook Share on Twitter Share on LinkedIn Share on Pinterest
The Fleshlight LaunchPAD is no joke, it is an adult toy for males that incorporates a visual aid to make the experience even more heavenly. Although announced back in 2012, it has only recently been released to the public. Making quite the splash on the Internet, the Fleshlight LaunchPAD is something many men will want to get their hands on.

Essentially, the Fleshlight LaunchPAD is a protective case built for the iPad. Yet it isn't one that would be brought into the office, unless it was sneaked in, of course. Reasonably priced at $24.99, the Fleshlight LaunchPAD, unfortunately, does not come with the actual Fleshlight. spokesperson Daniel Pacheco says, "We're happy to see that men view this as an outlet of fulfilling their sexual fantasies and men's pleasure products are getting more widespread acceptance just like women's sex toys."
6.5
Score
Popularity
Activity
Freshness
Get Better and Faster