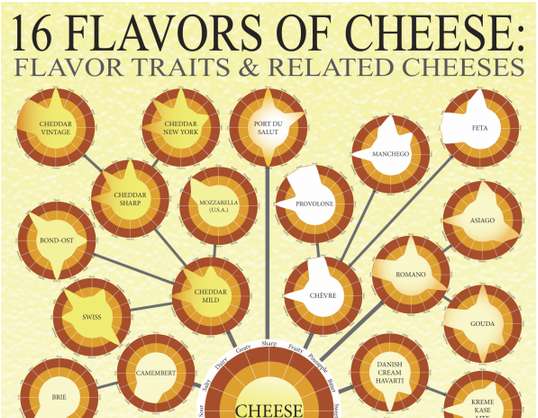 This Chart Details the Differing Flavors of Cheese

Cheese, of course, is one of the most used toppings in the world and as such, can have a heavy influence on the taste of your meal. Whether you’re eating a sub sandwich or a pepperoni pizza, the kind of cheese you choose plays a big role in its overall taste. This infographic not only lists dozens of cheese types, but also gives tasting notes on each one. While some cheeses are defined as sharp, others feature creamy tastes.

For instance, Gorgonzola is defined as sharp, salty/sour and moldy. While that doesn’t sound like the most appealing cheese, it does have its place.