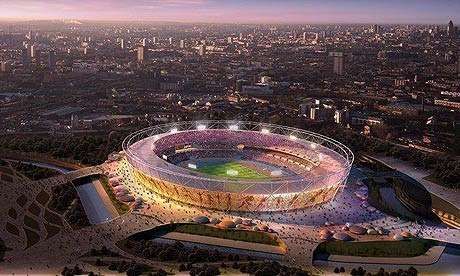 Bianca — May 29, 2008 — Unique
References: guardian
Share on Facebook Share on Twitter Share on LinkedIn Share on Pinterest
The 2008 Beijing Olympics haven't even begun, and already there's buzz about the 2012 London Olympics. The plans for the flatpack stadium were unveiled and they're quite remarkable, and make perfect sense. Billions of dollars are invested into Olympic architecture by host cities, but they're often rarely used after the events end. The new flatpack stadium, however, is meant to be relocated for reuse. Their hope is that the 2016 host (possibly Chicago) will use it for their Olympic games.

"55,000 seats from London's 80,000-seat arena could be transported to Washington Park in the Illinois city and used to enlarge a planned, 7,500-capacity community arena into Chicago's main Olympic stadium," the Guardian explains.

"The tactic of recycling the Olympic stadium has been billed as the first step in a new approach to the games, which could become more like a travelling circus to keep costs down and allow poorer countries to play host. Baku in Azerbaijan, Rio de Janeiro and Prague are also bidding for the 2016 games alongside Tokyo, Madrid, and Doha in Qatar."

The stadium would be built in order to accommodate disassembly and transportation by cargo ship as well as the ability to hold up well in other climates.

Look at some of the structures Beijing had built for the games: