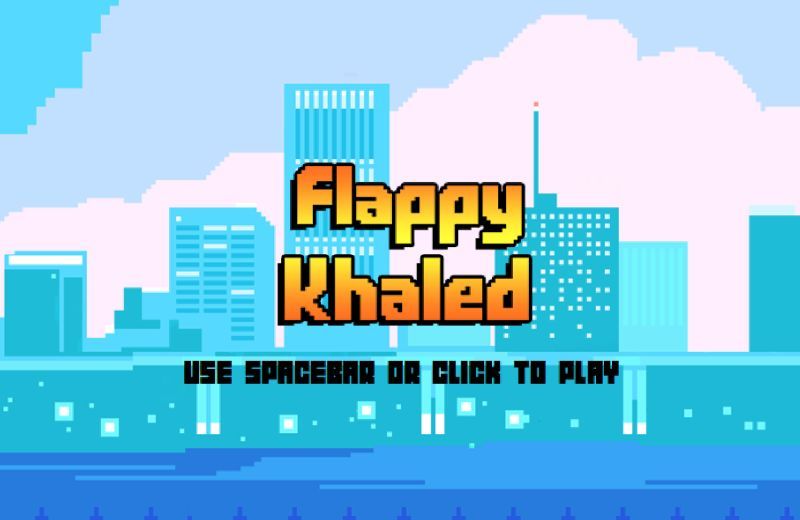 Christopher Magsambol — December 31, 2015 — Pop Culture
References: flappykhaled & caplex
Share on Facebook Share on Twitter Share on LinkedIn Share on Pinterest
'Flappy Khaled' is proof that the popularity of DJ Khaled has reached its peak. As the artist turns to social media app Snapchat for inspirational clips as well as a glimpse into his adventures, people have been mesmerized by Khaled's self-proclaimed keys to becoming more successful.

Inspired by Flappy Bird, Flappy Khaled is essentially the same game, only replacing the bird with Kahled on a jet ski. As you pass through the levels, you hear a sound bite of the hip-hop artist saying "Another one," if you fail however, Kahled reminds you that "You played yourself."

The popularity of Kahled's snaps traipsing across the ocean, and this subsequent video game, is indicative of the power of social media among young people. Furthermore, its ephemeral nature capitalizes on what many people suffer from these days, FOMO, the fear of missing out.
1.8
Score
Popularity
Activity
Freshness
Get the 2021 Trend Report FREE