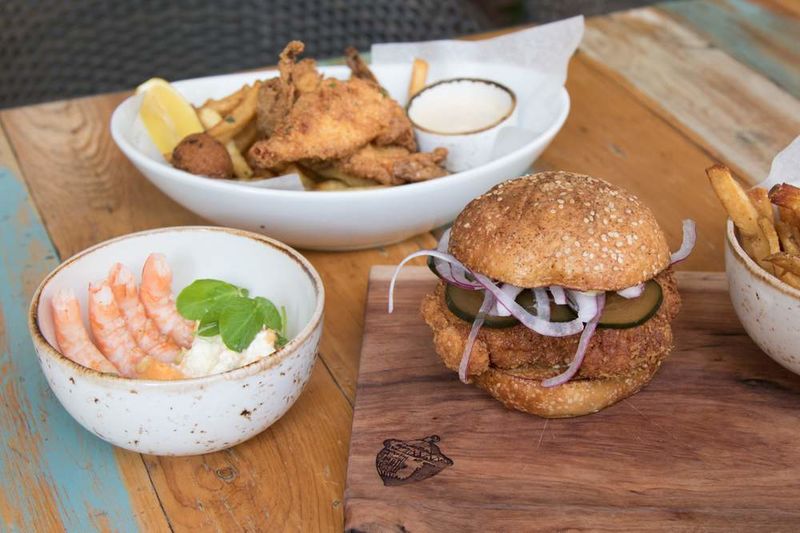 To make the buns for the burger, the restaurant grinds dried sunchokes (also known as the Jerusalem artichoke) into a flour as the buns' base. The chicken in the burger itself is marinated in hot sauce, chicken fat, buttermilk and pickle juice before being fried for a crispy texture. To counter the rich flavors in the chicken, Fixe restaurant adds pickles that have been steeped in sweet tea, the traditional Southern drink, to add more acidity to the sandwich.

By using its Southern roots to inspire its dishes, Fixe is able to balance traditional cuisine with its own contemporary twist.
0.8
Score
Popularity
Activity
Freshness
Access Advisory Services