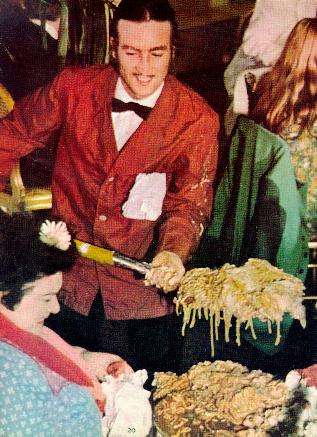 Bianca — August 17, 2007 — Lifestyle
References: guardian
Share on Facebook Share on Twitter Share on LinkedIn Share on Pinterest
If having more energy and extending your longevity isn't enough incentive, perhaps a little mullah could get your rear in gear. Mayor Gianluca Buonanno is offering residents in the Italian town of Varallo Sesia a major cash incentive to help win the battle of the bulge. After his own son called him â€œbig belly,â€ Buonanno decided to shape up once and for all, and is asking his citizens to join him. He's offering 50 Euros to those who can drop 6lbs in a month, and additional 100 Euros for those who keep it off for five months. In order to be eligible, residents must first bring in a doctor's certificate declaring them overweight.

That's kind of discrimination in a way. Those who need to gain weight should be offered the same incentive. While half the media is focused on the obesity epidemic, the other half is concerned over too-thin models being poor role models for young girls. Oh the paradoxes of our world.

55 Italian Eye Openers
Jessica Biel and Justin Timberlake Find It Romantic, Do You?