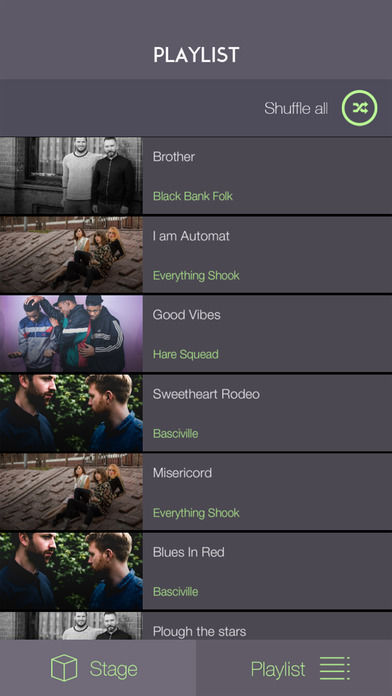 Firstage Enables Musicians to Broadcast Micro-Concerts to Their Fans

Rahul Kalvapalle — September 2, 2016 — Tech
References: itunes.apple & yahoo
Share on Facebook Share on Twitter Share on LinkedIn Share on Pinterest
Firstage is the name of an innovative new concert app, named after a company of the same name, that is designed to make it easier than ever for musicians and bands to go about broadcasting micro versions of concerts and gigs from any venue or setting.

This concert app makes use of augmented reality technologies to enable users to print out the image of a stage in a small card. When a viewer places their smartphone in front of the card, they can enjoy visual content depicting musicians playing music on a stage.

What's great about this app is that it isn't intended to replace, nor could it ever take the place of conventional concerts. Rather, what it offers to musicians is the ability to reach out to fans with greater frequency, something that could be monetized and turned into a new revenue stream at a time when downloading and streaming is having a huge impact on the bottom line of musicians.