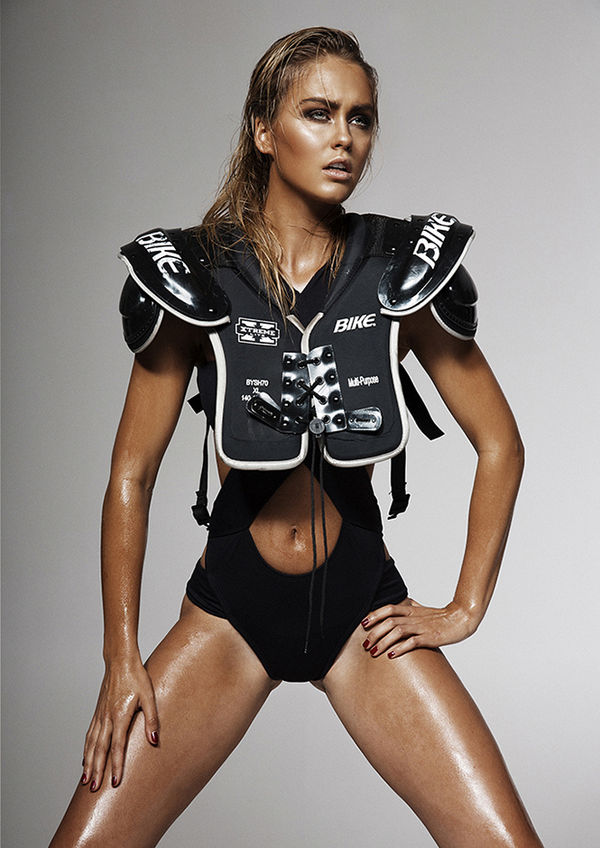 First Down by Emily Abay Stars a Sweaty Steph Smith

Meghan Young — April 8, 2014 — Fashion
References: emilyabay & fashionising
Share on Facebook Share on Twitter Share on LinkedIn Share on Pinterest
The photoshoot titled First Down by Emily Abay, a photographer based in Melbourne and Sydney, Australia, focuses on glamorizing sporty fashion. Although there is a slight authenticity to the looks, mostly in the form of sweat glistening off of the model's svelte form, the looks are clearly sensualized for both the benefit of males and females.