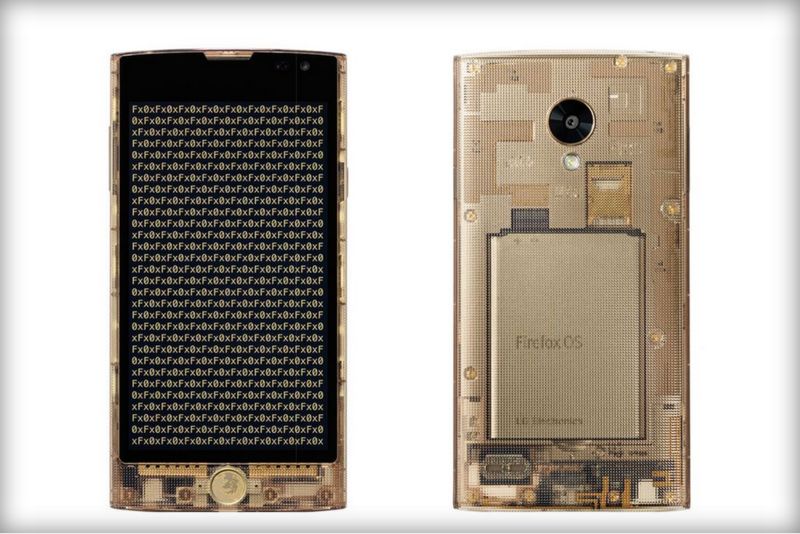 The Firefox OS 'Fx0' is Designed by Tokujin Yoshioka for KDDI

Meghan Young — December 23, 2014 — Tech
References: blog.mozilla.org & theverge
Share on Facebook Share on Twitter Share on LinkedIn Share on Pinterest
Firefox OS has finally released a stunning smartphone that could give Apple and Samsung a run for their money, at least when based solely on aesthetics. Although some people will be transfixed by the use of a transparent body, others will simply love the slim dimensions, golden surface and large display area. The Firefox OS phone, which is dubbed Fx0, owes much of its pretty nature to noted Japanese designer Tokujin Yoshioka.

Created for KDDI, the Firefox OS smartphone is set to be released in Japan in the beginning of the new year. The Verge reports, "The Fx0 marks a break from Mozilla's established strategy of making the cheapest possible phones and dares to stray into the middle of the smartphone price and spec range. At a cost of 50,000 yen (roughly $420), this smartphone is significantly more expensive than the average Firefox OS handset, but it seeks to justify that price rise with its good looks and greater capabilities."
2
Score
Popularity
Activity
Freshness
View Innovation Webinars