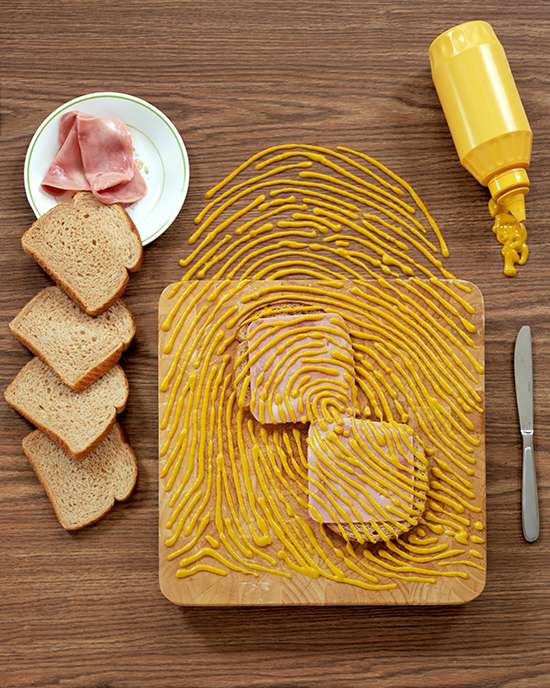 Meghan Young — June 14, 2012 — Art & Design
References: kevinvanaelst & mymodernmet
Humans leave their mark just about anywhere and everywhere, a fact that the art series titled Fingerprints by Kevin Van Aelst focuses on creatively. It features fingerprints in the most uncommon ways, even though they happen to be one of the most common things on earth. From mustard fingerprints squirted over a sandwich and table to a pie carefully engraved with a fingerprint, the series explores the idea of identity and personality in a unique way.

Instead of featuring random patterns, Fingerprints by Kevin Van Aelst revolves around the artist's very own prints. For instance, an unwound cassette tape outlines the patterns of his right index finger while yarn thread leaves the impression of his left index finger on the ground. Overall, the series is diligent about detail, color and composition.
1.4
Score
Popularity
Activity
Freshness