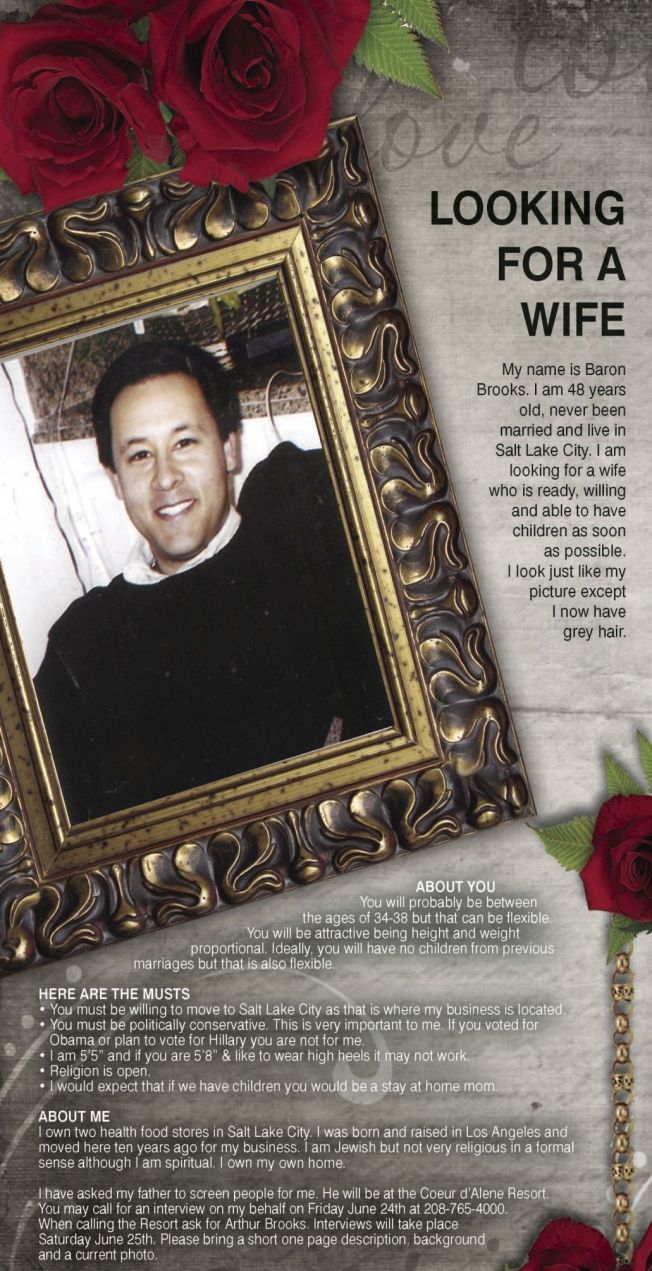 The ad was written and paid for by his father, who decided it was about time that he find a wife that he would approve of, however he did not take the time to consult Baron before putting it up. Taking up an entire page of the newspaper, the ad paints his son as a rather unfavorable figure, with his father specifying shallow credentials like weight, height, physical attractiveness and age -- which asks that the woman be approximately 10 years younger.

It also insists that Baron's wife-to-be is politically Conservative, telling readers that if they vote for Hillary Clinton, the relationship simply will not work. Since its publication, the ad has gone viral, much to the dismay of Baron who has not found much luck in the dating scene. His father plans to conduct interviews with women in the area, which his son says can't hurt at least.
5.4
Score
Popularity
Activity
Freshness