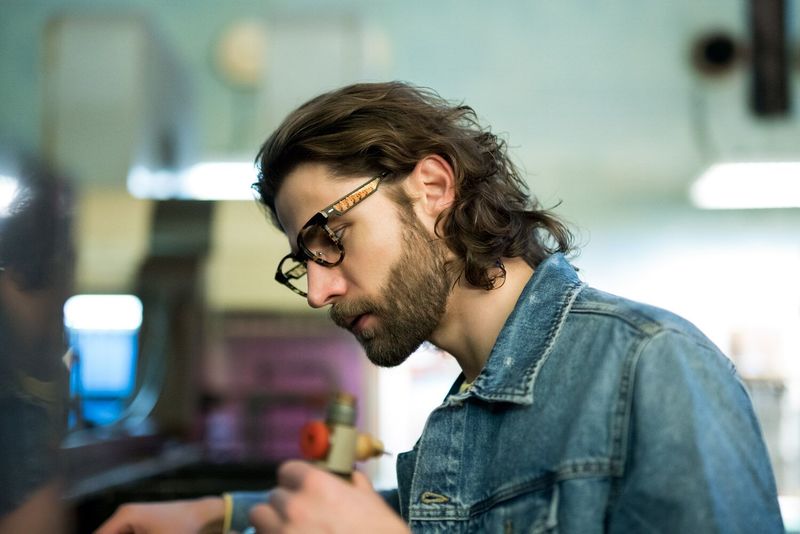 The Cinematiq Eyewear Uses 16mm and 35mm Film for Its Frames

Kalina Nedelcheva — February 6, 2018 — Art & Design
References: cinematiqeyewear
The luxurious and independently held Cinematiq Eyewear brand is making its debut with high-quality handcrafted designer specs that intimately connect the cinema buff and their preferred art form through film footage eyewear. Considered an innovation in the global industry, the brand's product does not rely on movie narratives and cinematography as inspiration for its frames, but rather integrates movie material within its product. Original 16mm and 35mm film footage is recycled and used for the spectacular frames. The material for the 2018 line of Cinematiq Eyewear is from two Asian action movies: 'Shotgun's Shadow' (Furuhata, 1989) and 'Fists of the Double K' (Pascual, 1973).

The film footage eyewear inadvertently connects with the aesthetic of quirky directors like Woody Allen and even entertains the artful pop of Andy Warhol.