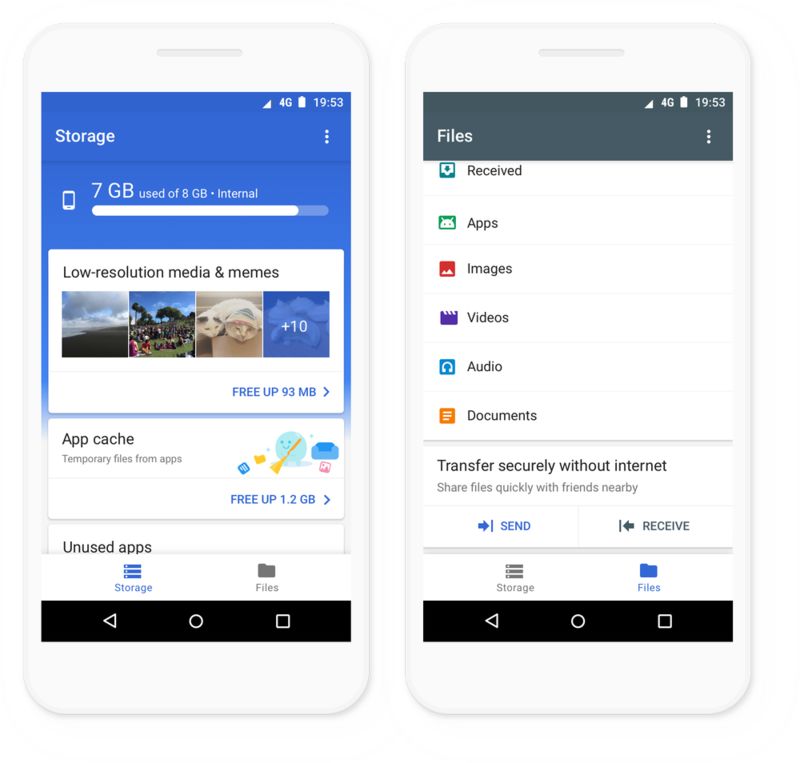 Google's 'Files Go' App is Now Out of Beta Worldwide

Joey Haar — December 5, 2017 — Tech
References: blog.google & theverge
Sharing digital information is more important than it's ever been before, and Google's newly released Files Go app makes it easier for anyone to pass along data, regardless of the quality of the surrounding internet connection. The new app, which was previously available in beta but is now fully open worldwide, helps users to organize and share their files efficiently.

With Files Go, users need not have an Internet connection in order to share files with one another. If two users have the app installed, they can pass files directly to one another at speeds of up to 125 Mbps, and those transfers won't cost either user any of their data.

Further, Files Go is designed to serve as an all-purpose file organizer. The app constantly hunts for ways to save space on one's phone, offering up suggestions for files to delete based on things like size and usage.
1.2
Score
Popularity
Activity
Freshness