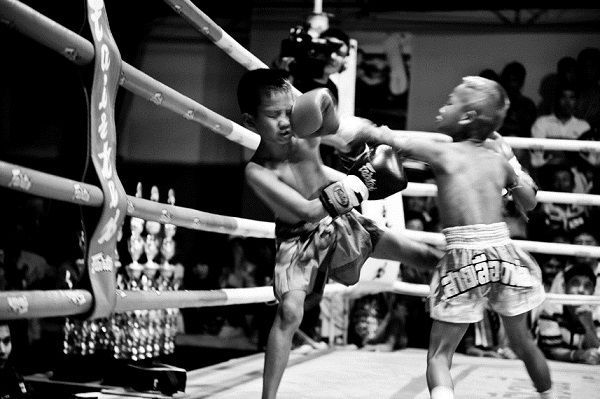 Hoyn captures the raw and gritty side of the full-contact traditional martial art of Thailand that incorporates using your fists, elbows, knees and elbows to fight. Pictured in Bangkok, her 'Die Kampfkinder,' or 'Fighting Kids' photos -- which feature some children as young as six -- are poignant in these monochromatic photos, with some of the children exuding emboldened and toughened expressions that belie their young age.

According to Hoyn, who told Slate, "They are the instrument for the parents to earn money, and they have to win the fight because the parents bet a lot of money on them." Although money bets are illegal in Thailand, these pictures show to what extent some are willing to go to earn their living.
1.8
Score
Popularity
Activity
Freshness
View Innovation Webinars