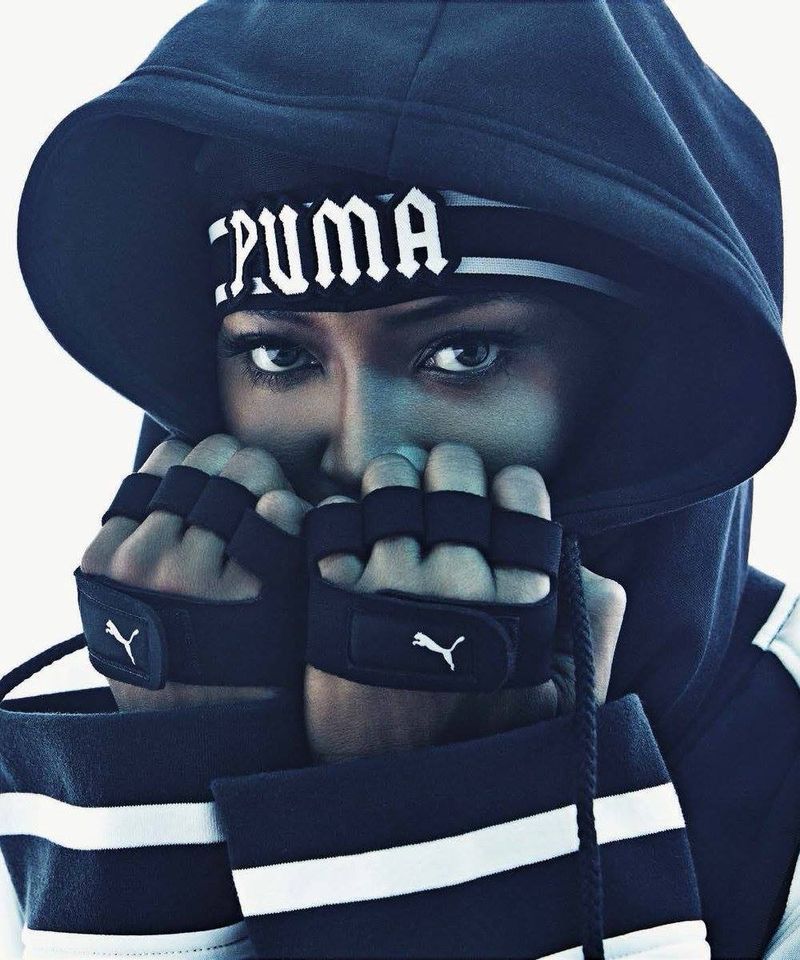 Riley von Niessen — August 10, 2016 — Fashion
References: puma & highsnobiety
Share on Facebook Share on Twitter Share on LinkedIn Share on Pinterest
Naomi Campbell is the star of the FENTY PUMA Fall 2016 editorial from Vogue, which showcases some of the athletic brand's latest collaborative work with Rihanna. In each of the images, the iconic model poses powerfully, showcasing the feminine styles in a way that likens her to a boxer. She does this by positioning her hands in front of her face in a fighting stance, appearing to scream with her head titled back and taking on sturdy wide-legged stances.

The new PUMA FENTY products featured within the editorial include a version of the Creeper model that has an exaggerated platform, thigh-high boots, graphic hoodies and unique shirts. Although the styles haven't premiered in stores just yet, the PUMA FENTY sneakers and apparel are set for release at select locations in the near future.
6.4
Score
Popularity
Activity
Freshness
Attend Future Festival