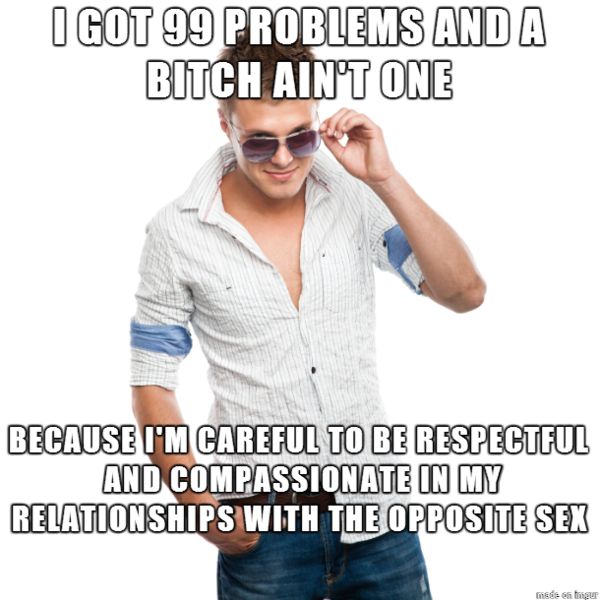 The Feminist Frank Meme Embodies the Man of Your Dreams

Vasiliki Marapas — May 20, 2014 — Pop Culture
References: imgur & jezebel
Share on Facebook Share on Twitter Share on LinkedIn Share on Pinterest
I know it's hard to believe that anything could possibly replace 'Feminist Ryan Gosling' (a series of feminist theory flashcards featuring "your favorite sensitive movie dude-turned-meme,") but the Feminist Frank meme has arrived on the scene, and it's lobbying for a space in your heart.

The hilarious meme features a stock photo of a handsome, Abercrombie-looking dude, whose disdain for the patriarchy is palpable. Not only is Feminist Frank aggressively good-looking, but he also acknowledges his male privilege and staunchly supports Hillary Clinton in the 2016 presidential race. Swoon! Honestly, what else could you ask for in a man?

Browse the hilarious memes, which feature phrases like, "Dang, gurl, that ass is not a reflection of your worth as a person," as you wonder where all the real-life Feminist Franks are hiding.
5.5
Score
Popularity
Activity
Freshness
Attend Future Festival