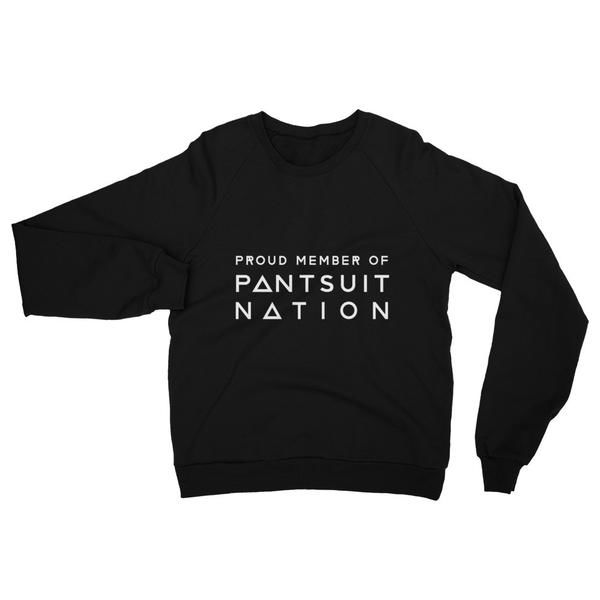 Alyson Wyers — January 1, 2017 — Pop Culture
References: the-outrage & refinery29
Share on Facebook Share on Twitter Share on LinkedIn Share on Pinterest
Following the election of Donald Trump to the office of President of the United States, this feminist clothing company announced 100% of the proceeds of their Pantsuit Nation line would be donated to Planned Parenthood. The range from The Outrage, which is now being discontinued, consisted of sweatshirts, tank tops, tee shirts, jackets, baby onesies, mugs and tote bags.

More of The Outrage's collections inspired by Donald Trump include Women's March on Washington, #SignedByTrump and Nasty Women Unite. Founded by Rebecca Correa Funk and Claire Schlemme, The Outrage endeavours to achieve equality of the sexes and empower women with their clothing, creating "a curated marketplace that blends style with activism."

Supporting causes in a fashionable way is not a new concept, but given the current political climate, it is one way people can feel like they're taking action.
5.9
Score
Popularity
Activity
Freshness
Get Trend Hunter Dashboard