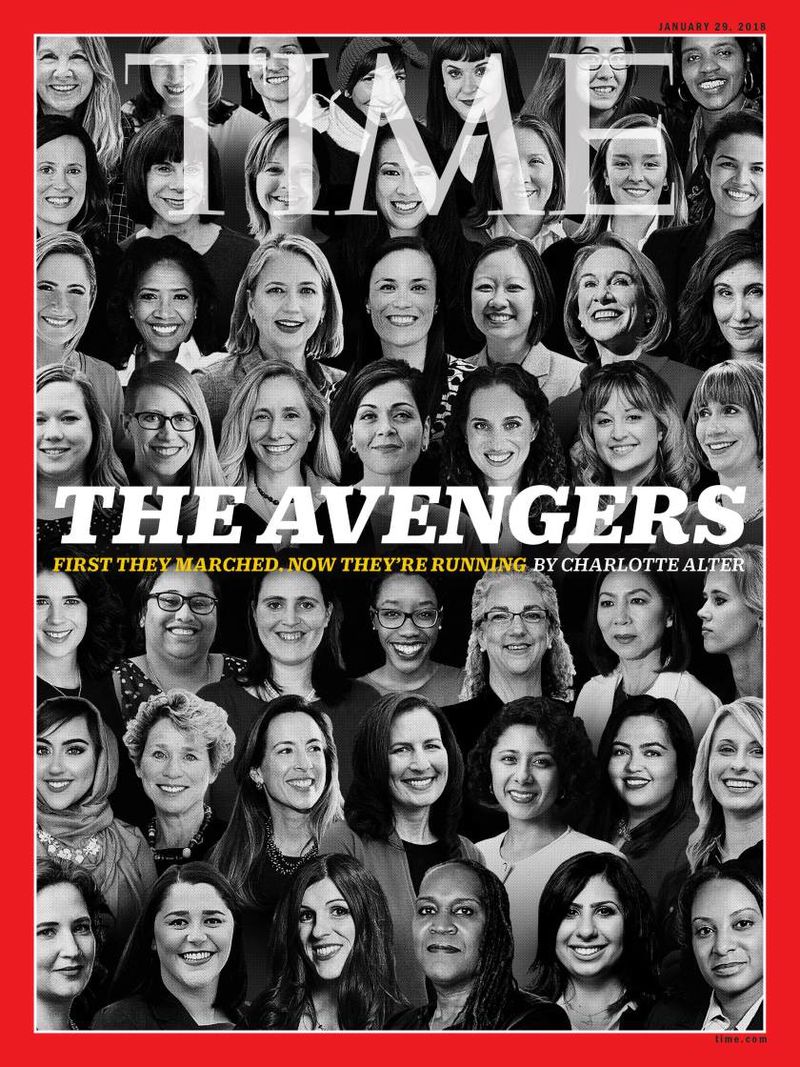 Kalina Nedelcheva — January 19, 2018 — Pop Culture
References: glamour
Share on Facebook Share on Twitter Share on LinkedIn Share on Pinterest
For the Anniversary of the Women's March, TIME's magazine has designed a female leader magazine cover. The design is a sequence of collage-styled medium shots, depicting proud and smiling women, with the headline 'The Avengers' boldly stamped across. The title corresponds to an article, written by Charlotte Alter, which explains that these women will be running in political elections. The article goes into further detail of what inspired these women to begin their campaigns and ties the recent spike in political interest to the Women's March in 2017.

TIME magazine has been a vigorous supporter of empowering and equality-driven initiatives. Last year's 'Person of the Year' were the women who initiated the #MeToo movement. This year, the magazine illuminates the new wave of female-run political campaigns through its spectacular and inclusive female leader magazine cover.
2.3
Score
Popularity
Activity
Freshness
Attend Future Festival Virtual