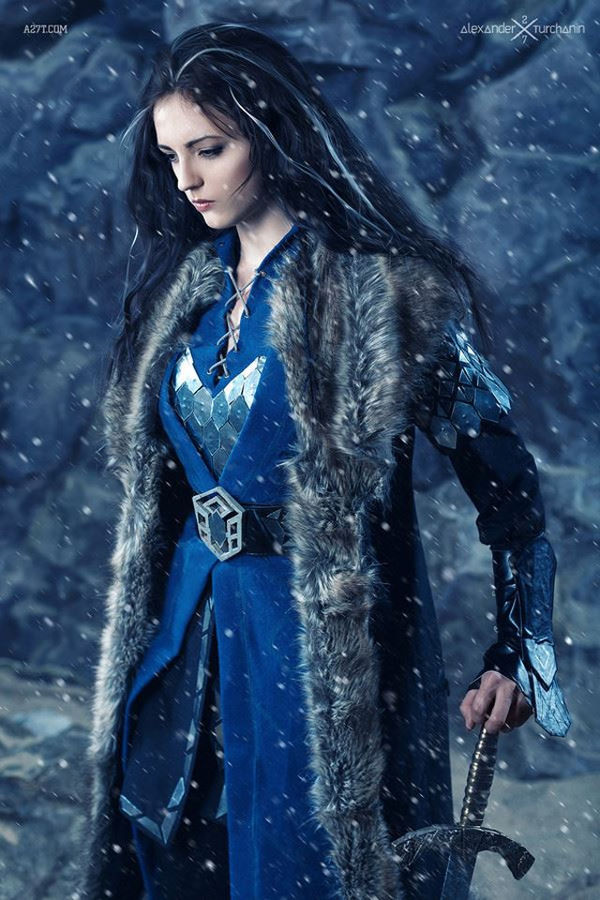 This Hobbit cosplay includes a stunningly stoic Thorin Oakenshild, a very sweet Bilbo Baggins and a interesting Gandalf. The photos are expertly done and all the women match their characters very well. Another great aesthetic choice was not to put the models in revealing versions of the original costumes, but rather tailor the existing costumes to a female body and aesthetic.