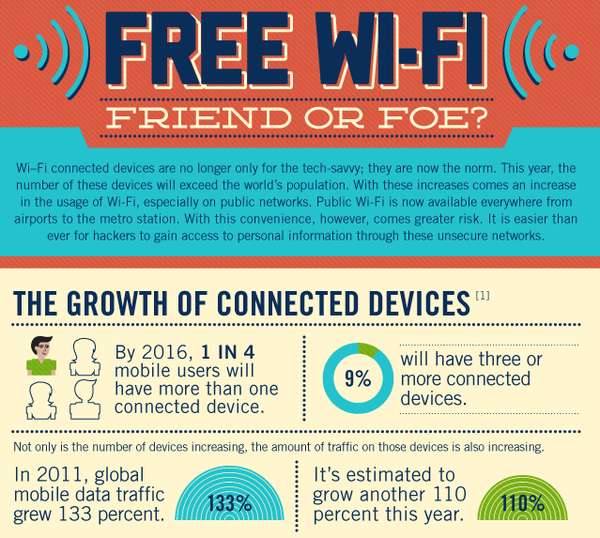 Jordy E — May 24, 2012 — Tech
References: veracode
Share on Facebook Share on Twitter Share on LinkedIn Share on Pinterest
The 'Free Wi-Fi Friend of Foe?' infographic examines the spread of wireless internet connections and its resulting implications. According to the chart, Wi-Fi connections have come to represent the norm in the tech world, characterizing the features tied to tablets, smartphones public hotspots. And while this reality has improved the state of global communication, there are several pitfalls that users should be aware of.

The information gathered here reveals that there are several ways for outsiders to intercept personal information via high-speed Wi-Fi networks. The term 'Sidejacking' is one of these ways, allowing bystanders to steal one's cookies or even take over a private session. In response, the Friend or Foe diagram outlines a series of precautionary measures, inclusive of the need to avoid online banking when on a public database.