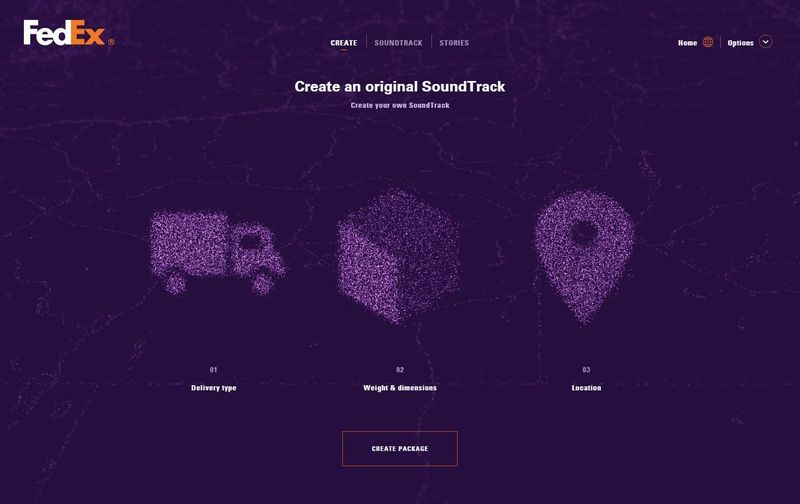 Joey Haar — April 6, 2017 — Marketing
References: soundtrack.fedex & theverge
Share on Facebook Share on Twitter Share on LinkedIn Share on Pinterest
Online tracking of parcels and packages is old hat for modern shipping companies, so, like a club DJ at the turntables, FedEx has decided to put a spin on its parcel tracking system with the cleverly named FedEx SoundTrack. The new feature creates a piece of music based on the tracking number for one's package, changing and adjusting the feel of the piece based on information that it gleans about that parcel.

FedEx SoundTrack's algorithmically generated music relies on several pieces of information that are embedded in tracking numbers, including the parcel's weight, its method of transport, its point of egress and ingress, and so on. The resultant music can shift tempos, instrumentation, and even genres based on these details. FedEx SoundTrack also comes with a neat visualization to accompany the music that it creates.
0.7
Score
Popularity
Activity
Freshness
Get Better and Faster