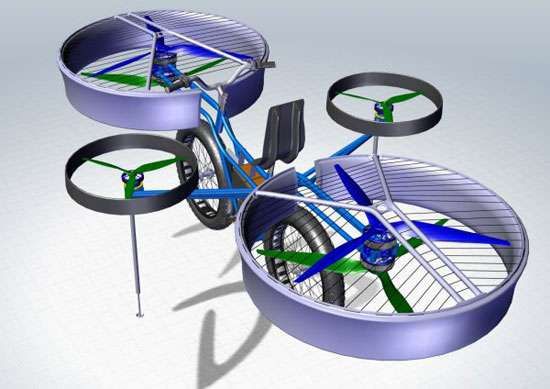 Meghan Young — June 23, 2012 — Art & Design
References: designyourdreams.cz & dvice
Share on Facebook Share on Twitter Share on LinkedIn Share on Pinterest
For those who wish bikes flew, the FBike concept has swooped in to grant them. Although still in its conceptual stages, it is a flying bike that would solve many traffic jam problems. It might look large and unwieldy, but isn't that the case with most first steps in a new direction?