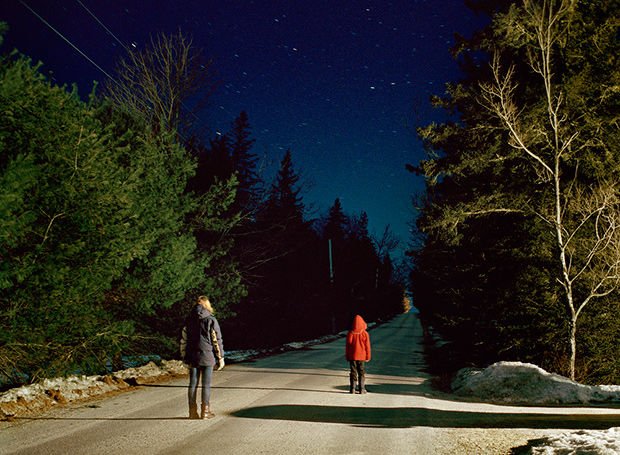 A natural-born performer, Barbasch's cousin Adam becomes the muse though which she re-enacts familiar stories from her own childhood. Because of his ambiguous age -- not quite old enough to be her brother, not young enough to be her son -- Adam occupies a liminal space in relation to Barbasch. Effectively, Adam is able to represent the space in between Barbasch's own youth and adulthood, a complex time to say the least.

In a way, the fictional photographic scenes in Fault Line function as a way by which Barbasch can situate herself in her own family structure.