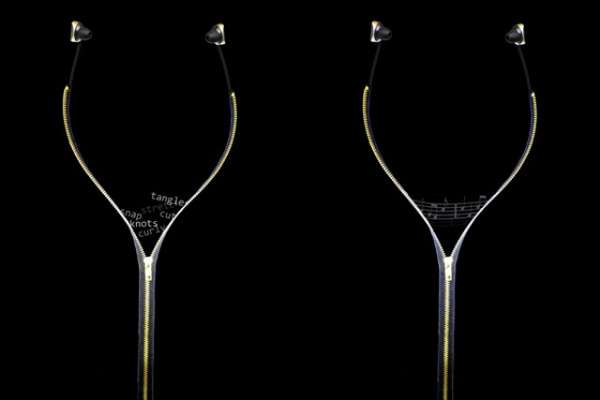 Fasna Earphones Make Headphone Entanglement a Thing of the Past

Matusi's Fasna Earphones don't break new ground, but they are definitely more polished than previous designs. One new and awesome feature of the Fasna Earphones is their earbud magnets. After being zipped up, the earbuds stick together, seemingly completing the zipping process and ensuring that headphone entanglement is next to impossible.

When multiple designers create the same thing, it can only mean good news. Hopefully zippered headphones like the Fasna Earphones make the jump from concept to reality sooner rather than later. I've been looking for a new pair of headphones for some time now.
4.9
Score
Popularity
Activity
Freshness
View Innovation Webinars