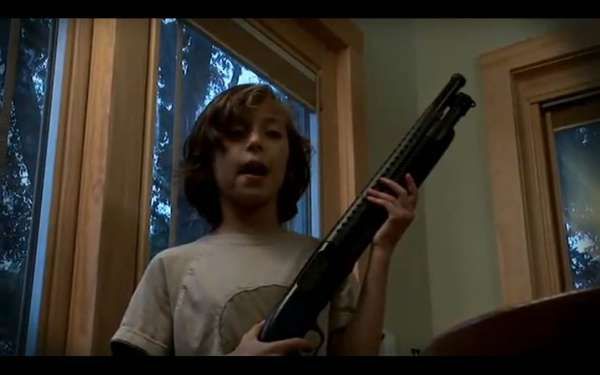 Fantastic Fest Reimagines the Zombie Genre With a Creative Commercial

Marissa Liu — September 22, 2009 — Pop Culture
References: fantasticfest & adsoftheworld
Share on Facebook Share on Twitter Share on LinkedIn Share on Pinterest
Fantastic Fest is a film festival, “with the boring parts cut out,” that takes place in Austin, Texas. The advertising campaign for 2009’s Fantastic Fest features a short film, shown as a commercial, called, ‘Dawn of the Dad.’ The spoof on the popular zombie genre, specifically the cult classic ‘Dawn of the Dead’, features two children discussing the possibility of making a movie for Fantastic Fest (they settle on, “ninjas fighting the undead”). It turns out the children’s parents have been turned into flesh-eating zombies and the nonchalant kids are camped out inside the battle-ready family home. Hungry Man production company in Los Angeles produced the ad which was directed by Alex McCrae.
3.6
Score
Popularity
Activity
Freshness
Get Better and Faster

Advertising with Zombies
Zune's Piece of Me, Piece of You
play_circle_filled