No Photoshop Editorials
Next
Set of
Related
Ideas 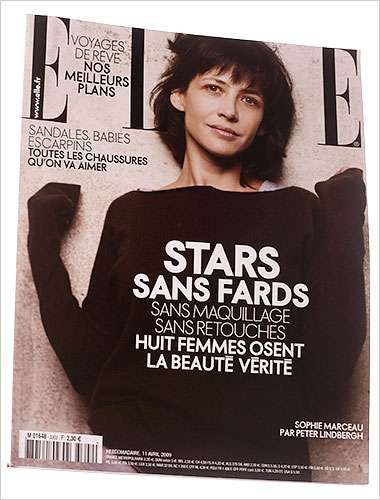 In a New York Times article, Peter Lindbergh says that over a period of years, photoshopping has taken too large a part in how women are defined. “Heartless retouching,” he wrote, “should not be the chosen tool to represent women in the beginning of this century.”

Lindbergh created a series of covers for French Elle that pictured stars Monica Bellucci, Eva Herzigova and Sophie Marceau without makeup or retouching. In France, this led to an outcry of support where health officials were already trying to force magazines to publish when and how an image was altered.

Editors of American publications resisted, of course. They have noticed a backlash but just keep plowing ahead.
5.9
Score
Popularity
Activity
Freshness
Get Trend Hunter Dashboard