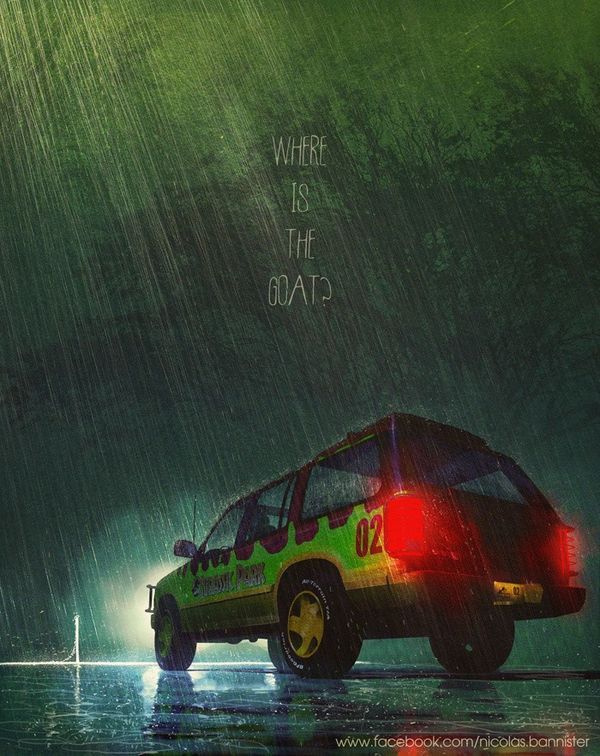 The French illustrator has produced each movie poster with the same caricature composition and from the same angle, with a notable quote from each movie, featuring such cinematic classics such as Back to the Future, Jurassic Park and Ghostbusters.

Each poster, while portrayed out of the scene, nonetheless puts the vehicles at center stage. Some particularly notable illustrations include the "P*ssy Wagon" from Pulp Fiction, with the words, "You F#@*er" emblazoned on the poster, and the especially iconic Jurassic Park tour cars, with "Where is the goat?" stated on top. And who could forget the meth-cooking RV van from Breaking Bad with red smoke billowing out the roof, with the words, "We're done when I say we're done."
1.8
Score
Popularity
Activity
Freshness
Get Better and Faster