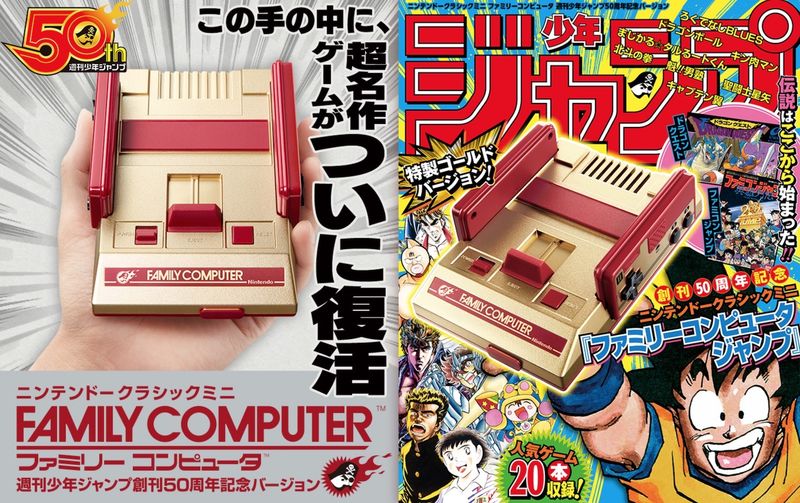 The Famicom Mini Will Celebrate a Manga Magazine With 20 Games

Justin Lam — May 15, 2018 — Tech
References: kotaku & engadget
Nintendo has already achieved success with its revived NES Classic Edition and SNES Classic Editions, but the company is hoping to further the feelings of nostalgia with the release of a special Famicom Mini. Released as a celebration of the Japanese manga magazine Weekly Jump, the revived console will feature a new gold and red color scheme and will come preloaded with 20 games. The games preloaded with the Famicom Mini will be based on manga from Weekly Jump and will feature games based on Dragon Ball, Fist of the North Star and much more.

The Famicom Mini console is set to release in Japan in mid-July 2018, but there has yet to be an announced release outside of Japan. It is fair to assume that this console will never officially make it to international shores, as the original Famicom was released as the NES to Western audiences and the revamped NES Classic Edition already exists.