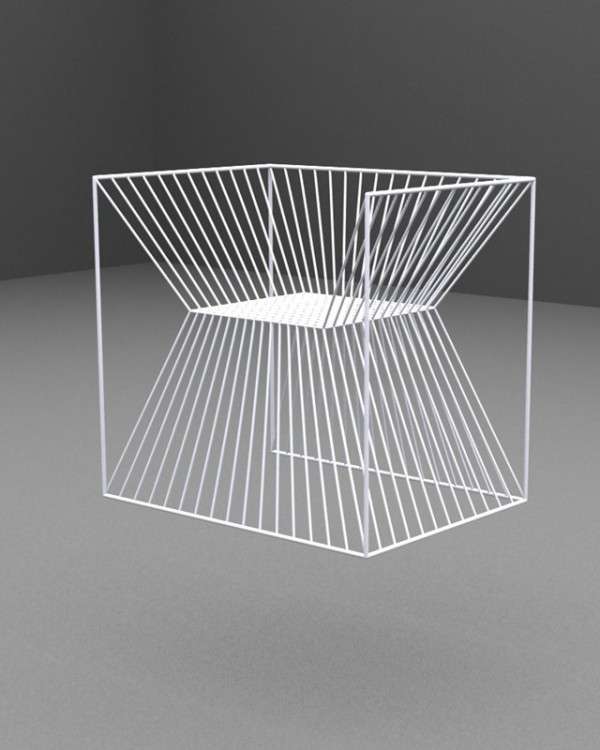 Meghan Young — August 1, 2013 — Art & Design
References: agi-architects & trendland
Share on Facebook Share on Twitter Share on LinkedIn Share on Pinterest
The Fakir Chair may be a simple seat, but it is a visually striking one. Following a wireframe construction, boasts a number of spokes almost as through it were made out of threads. In fact, there are so many that if the Fakir Chair were made out of threads, the seat would certainly be supported adequately enough. But what makes the design stand out in particular is the mirrored effect it has.

Designed by AGI Architects, a studio based in Kuwait as well as Madrid, Spain, the Fakir Chair is all about the details. Like an optical illusion, the seat changes right before people's eyes when its position is altered. For instance, upright, the seat of the Fakir Chair looks as though it were perforated. In reality, it has a grate aesthetic.
2.8
Score
Popularity
Activity
Freshness
View Innovation Webinars